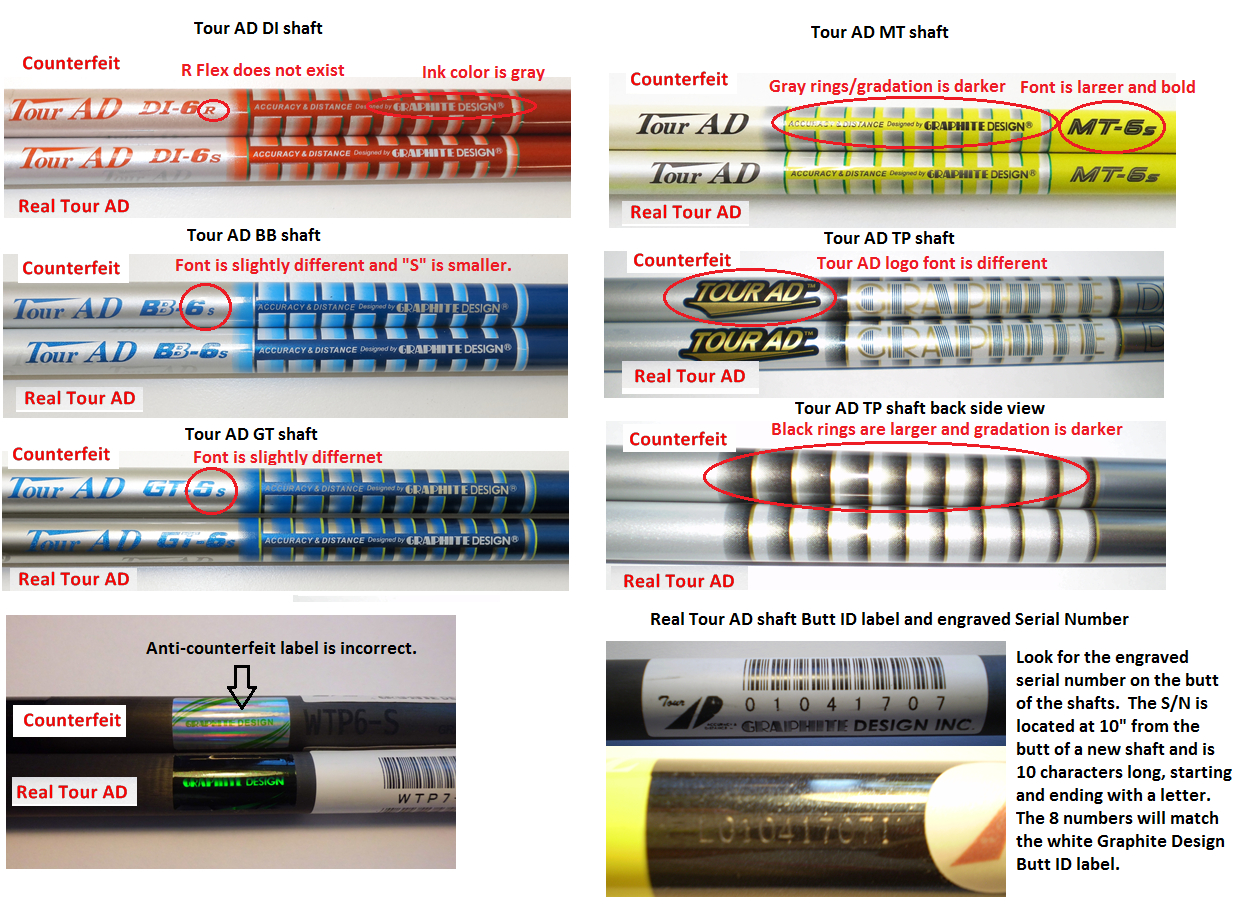 Finally, Graphite Design and Pro’s Choice wish to emphasize that neither they nor any of their affiliated companies will have any responsibility or liability for any accidents, incidents, product failures, damages or injuries arising out of or attributable to the purchase or use of any counterfeit shafts.

We appreciate your continued use of Tour AD shafts.